David, one of inmate coordinators

David is our inmate coordinator in Mukobeko Maximum Security Correctional Facility, and he has been with us since October 2015. He is a brilliant coordinator, and works very hard to make a difference for the patients. We have received the below from him:

My name is David, Coordinator for Ubumi Prisons Initiative (Maximum Security Prison).  I have a degree in computer science, graduate diploma in management information systems and I am a Microsoft Certified Systems Administrator.

My appointment as a Coordinator for Ubumi Prisons Initiative came at a very difficult time, as it was during the period when I was extremely sick and was both physically and mentally weak. It was this time when the Patron for Ubumi Maximum Security Prison approached me to coordinate the activities for Ubumi.

Working for Ubumi Prison Initiative has greatly renewed my strength and has brought healing both physically and mentally because I have found purpose for my life whilst in prison. It has even helped me to inculcate a sense of love to patients and make them know that somebody out there still loves them.

Indeed it has been of tremendous help to me to belong to this great Organisation which is helping the very vulnerable people and giving them a good health and hope for the future. 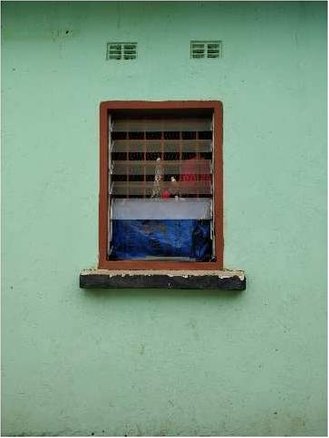 It is my duty to help

- the story of a caregiver

I am one of the Ubumi caretakers at Maximum Prison.

I joined this group on 20th October, 2011 when a project was introduced into the prison called Ubumi Prisons Initiative. On 14th April, 2013 the prison administration decided to make one of the prison cells into a place for sick patients and as a volunteer caregiver I was given the position of a cleaner in that cell.

Then from there the patients began to receive food and soap and things from an organisation called Ubumi Prison Initiative. Then the inmate coordinator transferred me from being a cleaner to a cook for the patients especially those on tuberculosis treatment and HIV and also I am the one who writes the record of the food that I cook and the patients we give the food to everyday. All the food that is given to me by the special stage I have to record and also the names of the sick prisoners that we give it to.

I work this job with one heart because it is voluntary job through my heart to help my fellow prisoners. This is my duty in the project. 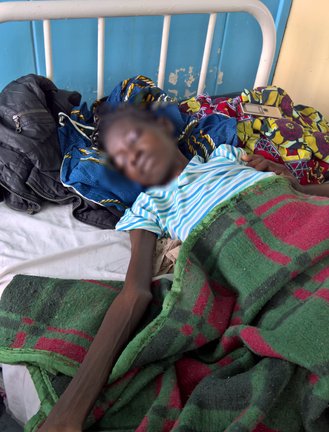 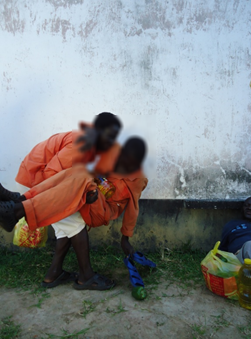 Ubumi gave me my life back

- the story of a patient

I was arrested five years ago and I have been a convict for the four past years.

I had a recurrent abdominal upset involving severe pains and diarrhea; with a fever that came and went but very bad also like the stomach pains and smelly diarrhea. I was becoming thin every day and I did not understand why. Prison is a very bad place, and I regret so much that I am here. My friends ran away from me when I became sick because I couldn’t do things like cooking and washing and look for food for the group of us.

At the prison clinic I was referred to Kabwe General Hospital for tests because the medicine I was being given was not helping me. I also had a very painful rash on my stomach and my back. This was in the month of November in 2013.

Blood as removed from my right arm at the hospital, and then I was told by the people there that I was HIV positive and that there were little things in my blood that were fighting my body and that the little things that fight against diseases for me were in a very bad way. About a week after this the doctors gave me big pills which they said I had to take two times in a day—in the morning when I wake up and at 19:00 hrs.

From the day I started taking medicine it became bad for me because I started feeling dizzy after drinking medicine because it was very strong. I also started feeling very weak when I take the medicine because it made me feel very hungry but there was nothing good for me to eat only porridge with salt and the kapenta (sardines) and the beans without cooking oil. I did not have sugar or oil to put in my food and there was no one to cook for me because my group had left me. Every time I ate the kapenta I began to diarrhea badly. At the clinic again I was moved by the Clinical Officer to the cell for the sick prisoners. This was in December, 2013.

When I was put in the cell for the sick prisoners things changed for me for the better because there I found people who could help me bath when I was weak and dirtied my clothes because I could not go to the toilet by myself. There were prisoners there who helped me to wash my clothes and I received good food to eat. I was given breakfast and lunch in good amounts. My health improved so much and my weight also. I no longer felt dizzy after drinking the strong medicine.

I thought that these people who were helping me were from one of the churches in prison but I found out when a white woman came to the prison with the one who helps us that it is the organization of this woman. Even though she is not from the church I believe that it is God who has sent her to help us. Ubumi means life and health in my language and this is what she is giving us who are sick. I almost died. My family lives in Luingu, and have never visited me in Kabwe. Even if I died they would not know about it or bury me.

I am better now

I am no longer getting food from UBUMI and I have been removed from the cell where I was helped by the clinical officer and I am well enough to look for things for myself. Prison is a very difficult place to live in but at least I have the energy to at least try. I thank you very much for saving my life. The way I was I would have died like the others. 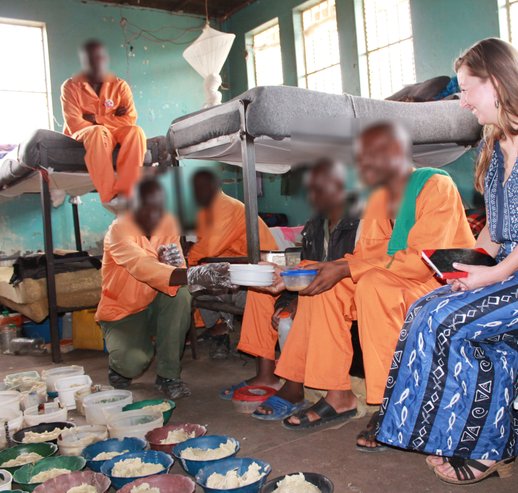 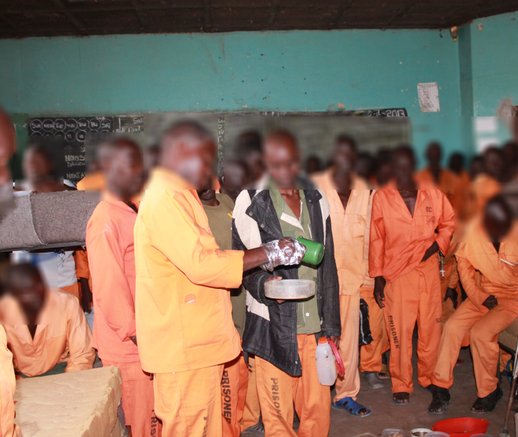 Ubumi Prisons Initiative works to improve the lives of the most vulnerable in prisons, the children aged 0-4 and the seriously ill.

We save lives! Read more about our projects, and support our work. There are many ways of supporting!